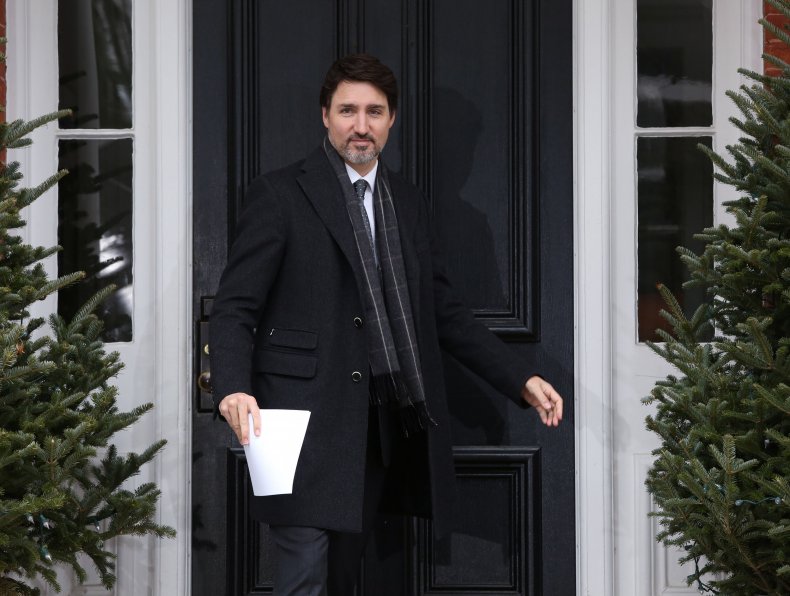 Canadian Prime Minister Justin Trudeau speaks during a news conference on the COVID-19 situation in Canada from his residence March 19, 2020, in Ottawa, Canada. DAVE CHAN/AFP/Getty

President Donald Trump said at a press conference Saturday evening that his administration’s use of the Defense Production Act to compel production of personal protective equipment could be considered a “retaliation.” The statement comes amid an ongoing dispute with the manufacturing company 3M, which has traded rebuttals with the White House over apparent restrictions on mask exports.

“That’s what it is, it’s a retaliation,” Trump said of using the law’s authorities, as he is working with 3M to help fulfill his order for 180 million N-95 respirator masks. “If people don’t give us what we need for our people, we’re going to be very tough.”

Canadian Prime Minister Justin Trudeau said at a press conference earlier on Saturday that his country will not punish the United States after Trump had previously announced that exports of N-95 respirators may be restricted.

“We recognize that our countries are deeply interlinked in sometimes very complex ways,” Trudeau said at a COVID-19 briefing outside Rideau Cottage, the prime minister’s official residence, in Ottawa. “The necessary goods and services that flow back and forth across our border keep us both safe and help us on both sides of the border.”

A senior Trump administration official further complicated the stand-off on Saturday, telling Newsweek that widespread reports of mask embargoes were not accurate.

“The U.S. has certainly not cut off N-95 exports to Canada or Mexico,” the official said. “That is simply fake news propagated by malicious provocateurs.”

A spokesperson for Trudeau did not return a request for comment about the development.

Trump has expressed frustration with multiple companies over the course of his administration’s response to the pandemic, culminating in this latest dust-up with the manufacturer 3M which in turn led to the apparent trade restrictions.

On Thursday, Trump invoked the Defense Production Act—a forceful piece of legislation authorizing the president to control the production and distribution of goods—directing officials to procure any number of masks from 3M they deem appropriate.

The following day, 3M responded with concern, noting that it always intended on complying with the administration’s production requirements.

“Over the last several weeks and months, 3M and its employees have gone above and beyond to manufacture as many N95 respirators as possible for the U.S. market,” a press release from the company reads. “We have been working closely with the Administration to do exactly that, and we appreciate the authorities in the DPA that provide a framework for us to expand even further the work we are doing in response to the global pandemic crisis.”

The company disclosed that the Trump administration had requested it halt exports of respirators to Canada and South America, a development it said had “significant humanitarian implications.”

“3M is deliberately spreading misinformation and has been advised by this Administration in no uncertain terms that its only mission now is to produce masks – not conduct a propaganda campaign to exonerate behaviors in this crisis that are unconscionable,” the administration official said. 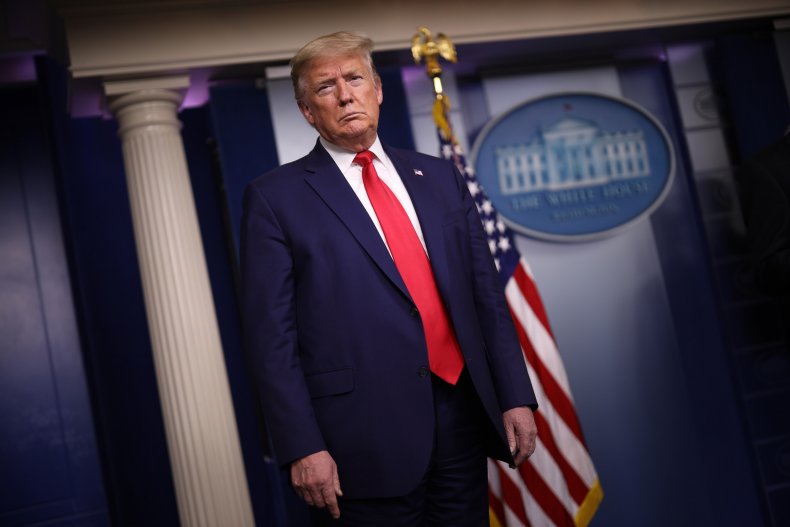 3M did not respond to a request seeking comment about the administration’s position.

At a press conference on Friday, Trump escalated the dispute, announcing that he would be invoking the Defense Production Act to “prevent the export” of N-95 respirators and other critical personal protective equipment.

“We need these items immediately for domestic use,” Trump said. “We have to have them.”

Later, the administration released a directive announcing that “it is the policy of the United States to prevent domestic brokers, distributors, and other intermediaries from diverting [masks] overseas.”

The Canadian prime minister responded Friday by calling the decision a “mistake” that would limit his country’s “access to goods and personnel.”

On Saturday, a journalist asked Trudeau whether the thousands of nurses who cross into Detroit every day from Canada might be prevented from doing so as a retaliatory action, a prospect that he rejected.

“We are continuing to engage in constructive discussions with different levels within the administration to highlight that the U.S. will be hurting itself as much as Canada will be hurting if we see an interruption of essential goods and services flow across the border,” he said.

Trudeau added that his country will be receiving a shipment of masks from abroad, by way of a chartered cargo flight, sometime in the next two days.

Correction 8:09 PM ET to reflect that the headline to this story has been revised.